“Jirásek’s subtle, superb arrangements give clear expression to his musical ideas which, like those of any honest artist, are concerned not with the mask of art but the face behind it.”

Mr. Jirásek writes a lot for films. He was awarded with the prestigious film music prize “The Czech Lion” for movie “Nejasná zpráva o konci světa” (An Ambiguous Report About the End of the World) – dir. Juraj Jakubisko and for movie “Kytice” (Wild Flowers) – dir. F. A. Brabec. Films with his music received Tokyo Sakura Grand Prix Award, The Jerusalem Prize, e.g. 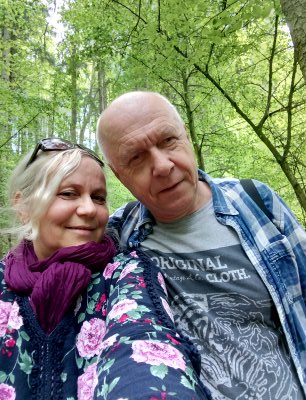 Jan Jirásek with his wife Vladislava